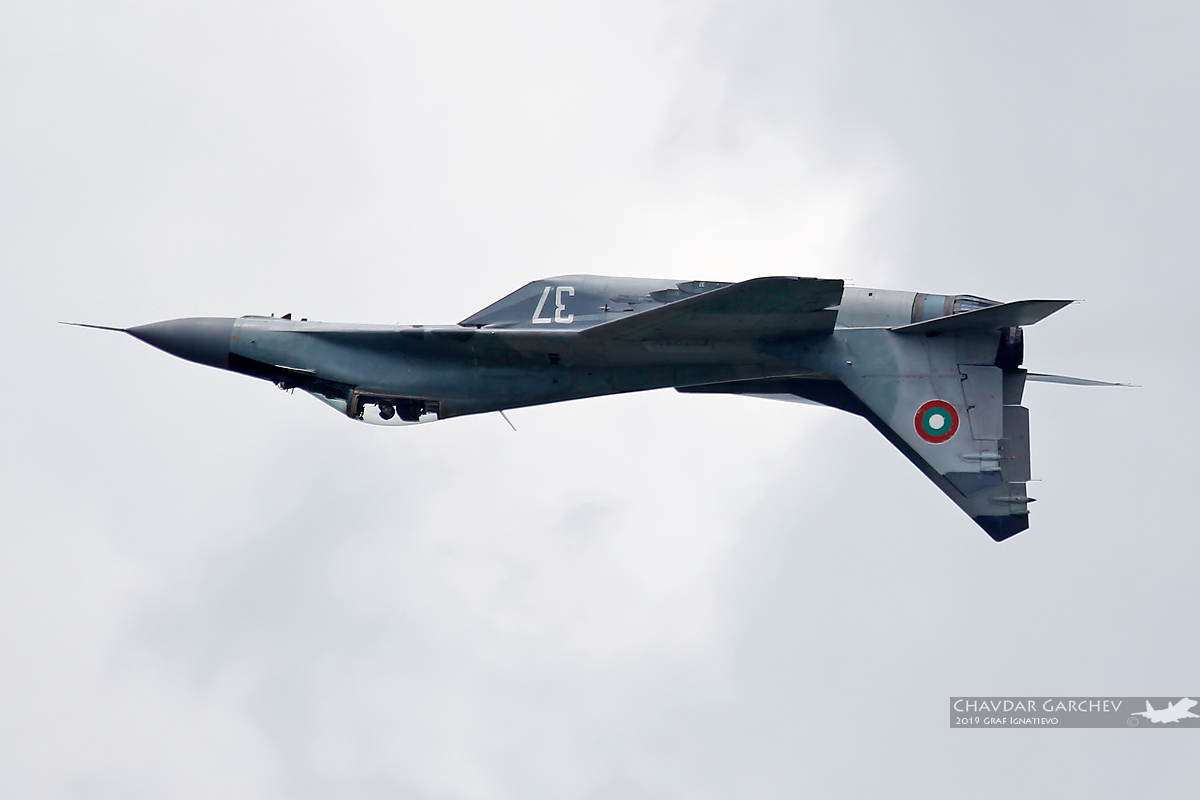 The open day began with an official part, welcoming the country’s president Rumen Radev, who is a former pilot of Mig29. As the Air Force Commander, he organized the last airshow in 2014 in Sofia, where he personally demonstrated Mig29 maximum capability.

The flight program itself lasted for three hours and was started by the Mi17 helicopter with the national flag. After that, scenarios were played at which was search and rescued a catapulted pilot into a hostile environment. The L-39 began with intelligence on the area, and AS-532AL Cougar search and rescue helicopters probed a landing in the area, with the close air support from Su25 from AFB Bezmer and Mi24 from AFB Krumovo.

Following a demonstration on air policing, the role of airplane intruder participated in C-27J Spartan where is take off from Sofia, and from Graf Ignatievo was picked up a pair of Mig29 who found and forced to land the Spartan. Then there was a close air combat (dogfight) with two Mig29 over the airport. And there were also solo display of the airplanes from the training base in Dolna Mitropoliya PS-9 and L-39. At the end, the flying demonstrations ended with single display from Mi-24, Bell-206  and with the  Mig29 piloted by Deputy Commander of Graf Ignatievo Col. Nikolay Rusev, who demonstrated the maximum capability of Mig29.