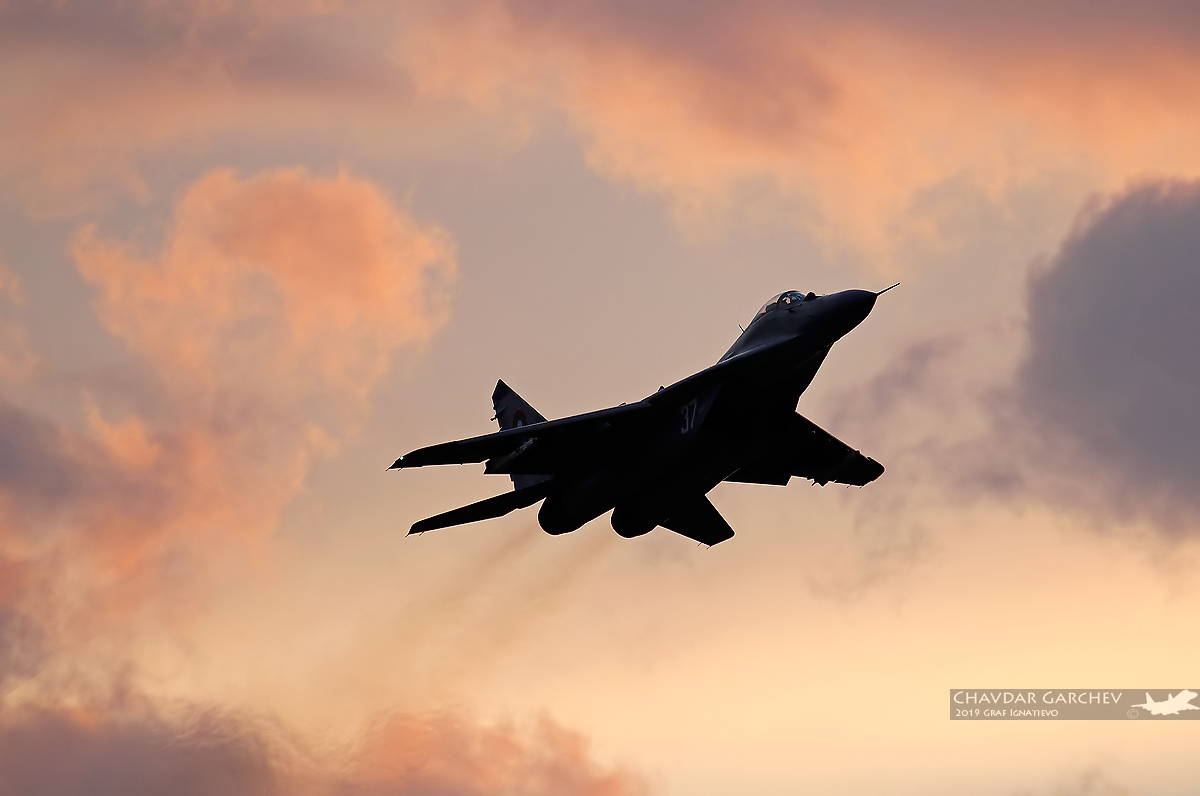 This year the joint tactical exercise “Shabla  2019” with combat firing took place from 10-14 june. It was held in Shabla shooting range,wich is located of the northeast Bulgaria on Black Sea.

Probably the most interesting part was the participation of three Serbian Mig29, which together with the Bulgarian Mig29 flying from the base in Graf Ignatievo ( aprox. 450 km from shooting range Shabla).

The Serbs arrived on June 7 with two single seat and one double seat Mig29 and two helicopters Mi-17. All three planes with which the Serbs took part were delivered during Yugoslavia. The flying of three MiG-29 aircraft from Serbia to Bulgaria was carried out, and the pilots from 101 Hunter Aviation Squadron of 204 Air Force Brigade.

This is second visit for Serbian Mig29 to participate in live fire exercise in Bulgaria. The first visit was in 2011 also in Graf Ignatievo at that time this was this was for the Serbian Mig29 the first ever live missile firing during an exercise( back in late 1980s, when the Mig29 was delivered several pilots did fire live missiles over Soviet ranges but from the Soviet aircraft’s). Referring to the participation of our aviation at this exercise in 2011, the Commander of the Serbian Air Force and Air Defence pointed out that we had already trained pilots of MiG-29 aircraft, but that this year, a significantly larger number of pilots and aircraft took part in the exercise, which means that we have a larger number of operational aircraft and thus higher engagement per pilot.

The planes flew from Graf Ignatievo twice a day through a 3-minute interval, and for about 30 minutes they reached the Shabla. Normaly the group was from six Mig29. During some of the task was used, three of the planes were firing at one target. On the first two planes, missiles were without warheads, and the third shot down the target with. The Bulgarian Mig29 also performed night shots except during the day. Both Mig29 used only IFR missiles, they shot with a different number of IR R-60(AA-8 ‘Aphid’) and R-73(AA-11’Archer’). All Mig29 engaged bulgarian produced SPM-100 parachute flare targets.The target weights 120kg and has a effective radar reflection aprox 5 square meters and it’s flare burns for 7-8 minutes.  These were dropped from altitude of 7000 meters from Su25. At this exercise four Bulgarian Su25 where based at Balchik Airport(40km distance from  Shabla) from there operated against sea targets and provide target tugs for Mig29.

The exercise was very interesting because only Mig29 was used and for a real live fire exercise, which is very rare for the Europe.