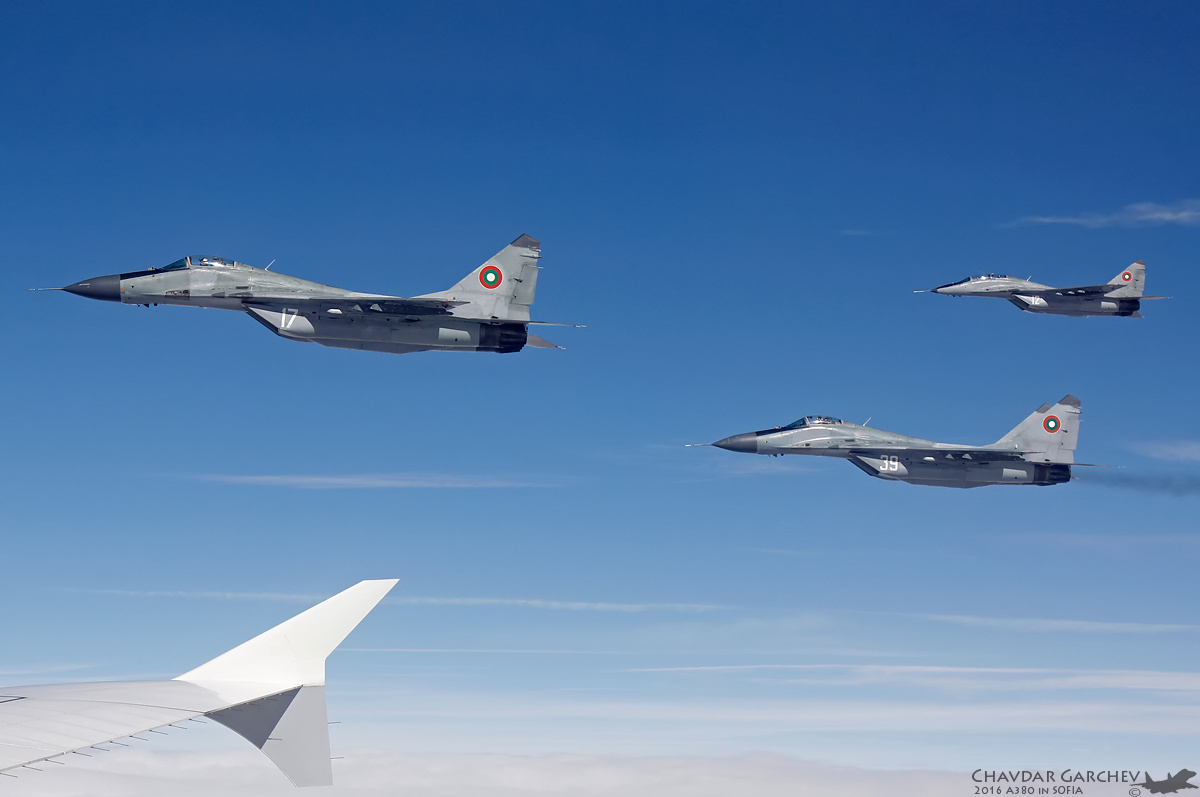 The world’s largest passenger aircraft Airbus A380, flown by a Bulgarian captain, made its first flight from Frankfurt to Sofia Airport on 16 October. Following a low pass over the Bulgarian capital in a display of skill, the plane landed about 1.30pm local time.

A duo of Bulgarian fighter planes MiG-29 welcomed the Airbus A380 in honour of Bulgarian Air Force Day, which coincided with the giant’s visit to Sofia.