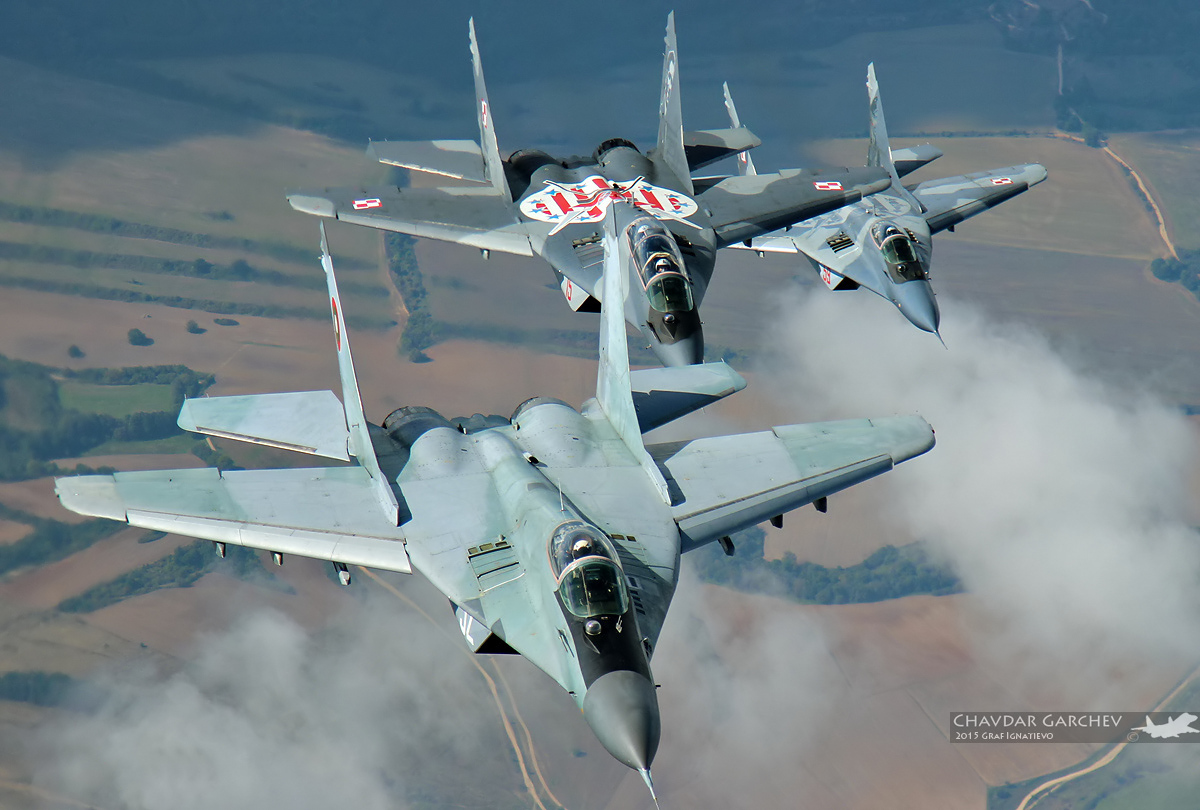 From 30-th of September till the 7-th of October tha aviation base of Graf Ignatievo hosted a bulgarian-polish flight training. This is the first time such an aviation training occurs for the bulgarian air force. Both countries are NATO allyes with same aviation jets. The polish team arrived with four Mig-29 jets along with 50 people ground support. This staff belongs to 23-th aviation base Minsk-Mazovecki. The bulgarian team involved Mig-29, Mig 21 and C27 Spartan. During the last day of the training it was accomplished an air policing mission. In that mission the intruder was a bulgarian C-27. In the begining a pair of Mig-21 were alerted ( the so called „tango scramble“ ). The intruder was „familiarized” and excorted by the jets duty. Aterwards the transport Spartan was intercepted by a pair of polish Mig-29 and finally the excort was taken by a pair of bulgarian Mig-21. This operation was done in bulgarian airspace. Coincidence or not but during this training, the main theme for the repair of the bulgarian Migs-29 in Poland was risen again. The military participants in the training refuced any comments, saying that it was a dicision of the political leadership of both countries. This decision must be made not later than the middle of the next year, when the bulagarian Migs-29 will be out of flight engine resource.